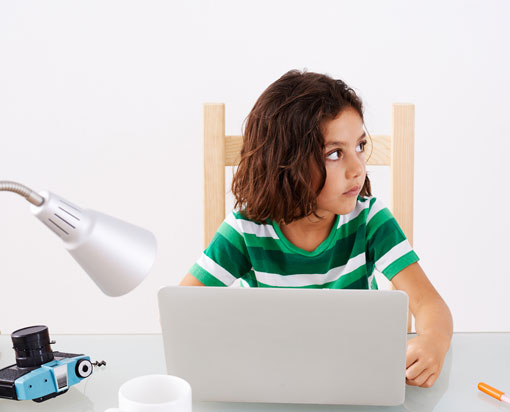 One in three American families have suffered a compromise to their online security during the past month due to the actions of a child in the family, says a new survey from Norton. Kids who download viruses are the most frequent cyber security issue for American families today and one of two parents worry that cyberbullying is more likely than real-life bullying at school.

Forty-seven percent of the respondents admitted having fallen prey to virtual crimes in an online survey commissioned by Symantec, makers of the Norton line of computer security products, which surveyed more than 17,000 users worldwide, including more than 1,000 Americans.

It appears that Americans are becoming more worried about virtual crime. The Norton report reflects what seems to be the erosion of consumer confidence in online transactions — perhaps justifiably so, especially after the high-profile security breaches of 2014 that exposed the personal and financial information of people who made purchases from established retailers.

The massive online security violations of 2014 ought to have raised consumer awareness of good practices and habits in transacting online, but that doesn't appear to be playing out. “[The] threat of cyber crime hasn’t led to widespread adoption of simple protection measures people should take to safeguard their information online,” said Fran Rosch, executive vice president at Norton.

Some 62 percent of consumers indicated they believed their credit card information was in greater danger of theft online than in person, yet not even half of password-using Americans used strong passwords consisting of a hard-to-guess mix of at least eight numbers, letters and symbols. Strong passwords are designed to make password theft difficult.

Worse, only one of three Americans secured their phones or computers with passwords.

The report revealed that although consumers gave themselves a consistent “A” in self-assessments of their online security habits, that may indicate overconfidence more than responsibility. Most respondents did not follow password safety practices. Password sharing, especially between friends and family members, was common among the American respondents, who shared an average of two password accounts with others. The most commonly shared passwords were for email, TV/media and social media. One of three password-sharing Americans shared a bank account password with at least one other person.

In fact, while two out of three Americans say they believed sharing email passwords with friends was more dangerous than letting friends drive their cars, half let others know their passwords anyway. And the supposedly digital-savvy younger generation of Millennials (born between 1980 and 2000) engaged in dangerous online habits like password sharing more frequently than the Baby Boomers (born between 1946 and 1964).

The Norton report described cyber crime's emotional impact, half of whom admitted feeling furious after being conned. The majority of American respondents said they would feel devastated if someone stole their banking information and would rather skip a date with their best friends than cancel their lost credit or debit cards.

Have you gotten complacent about online security practices? Tune up your tactics with our advice on protecting your online safety and privacy.

Cyber Threat has become a major issue in whole world. Cyber-bullying is effecting our children which could result serious mental damage as children’s are using electronics device frequently now a days.