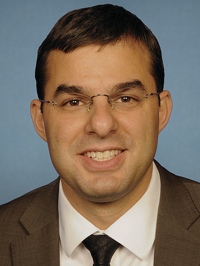 When Rep. Justin Amash (R-MI) first announced his intentions to force a vote on ending the National Security Agency’s (NSA) mass domestic surveillance of Americans’ phone data, few took him seriously. No one expected the staunchly conservative, two-term tea partier to be able to craft a bill capable of passing the full House of Representatives. Even fewer expected House Republican leadership – whom Amash actively opposes – to step in and help in the effort.

But that’s exactly what happened. After weeks of working fellow congressmen and social media, Amash’s amendment to the highly controversial Patriot Act came up for a vote in the full House yesterday. It was narrowly defeated, 205 to 217.

On its surface, the vote to kill the NSA spying program looks like a failure. But supporters of the bill got what they really wanted: A chance to vent steam and require colleagues to go on the record stating whether they support or oppose what very well might be an unconstitutional practice.

Amash’s amendement was unusual in that it drew support from the House rank and file, pulling votes from both conservative Republicans and liberal Democrats. Broken down on party lines, Republicans narrowly opposed the amendment 94-111, while Democrats narrowly supported it 134-83. Twelve congressmen did not vote.

Opponents of the bill lobbied hard to kill it. President Obama urged Democrats to reject the amendment, calling it an attempt to “hastily dismantle one of our Intelligence Community’s counterterrorism tools." Fellow Michigan House Republican Mike Rogers, meanwhile, invoked the horrors of 9/11 to get Republicans to defeat the bill.

If you care about Internet privacy at all, I urge you to take a look at the House roll call vote and see how your congressman voted on the Amash Amendment. Send a quick email to your Representative to let them know your position on the bill if you have the time. Given how narrow the result was, public pressure could certainly change the end result the next time an amendment like this returns for a vote.