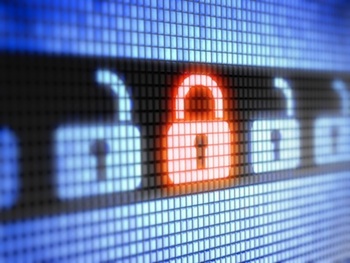 Today, Microsoft is finally ending almost all support for Windows XP. That means any computer you own that uses Windows XP will no longer get updates, security patches, bug fixes, and you're mostly on your own if something breaks. The only exception is anti-malware signatures, which will be updated through July 14, 2015, While helpful, these updates won't protect your computer in the way you've been accustomed.

For thirteen years, XP has had a good run and a longer life than Microsoft planned for it. Now it's time to say goodbye.

Still have a computer running Windows XP and don't know what to do now that it's officially cut off? We've got your answers.

Our Advice: Get a new computer

Machines running Windows XP are at least 6 -10 years old at this point, unless they're netbooks, which are 4 - 6 years old themselves. This means you're due for an upgrade on both the hardware and software sides. Buying a new PC that can last you another several years is always a good investment.

As hardware gets older it gets slower and more likely to break down. Every piece of software from browsers to media players to office programs will run better on a newer computer with a faster processor, more RAM and a speedier hard drive.

Buying a new computer doesn't have to mean spending a lot of money. There are great laptops available for $500 or less that are guaranteed to be more powerful than a machine running Windows XP. If you're replacing a desktop, there are low-cost all-in-one machines on the horizon that balance power with low price.

Replace that aging machine! Be sure to wipe all your data before you do and recycle it responsibly.

Upgrade to a newer operating system

Computers that are still in good working condition and have had incremental internal upgrades over time may not need to be retired completely. You might be able to upgrade them to a newer version of Windows that still has support. Check out the installation requirements for Windows 7 and Windows 8.1 to see if your computer can handle an upgrade.

We recommend upgrading to Windows 8.1 if the computer can handle it, since that's the version Microsoft is actively supporting it. Even if you prefer the Windows 7 user interface, it's possible to make 8.1 look and act mostly like 7.

Setting up a new computer or Windows install

Whether you decide to upgrade your whole computer or just the operating system, moving your files and other data over isn't too hard. Microsoft's Easy Transfer software (pre-installed on Windows 7 and 8.1 machines) makes the Windows-to-Windows process pretty easy. Just be sure to download the version of the software specifically for XP. Check out our guides for migrating to a new PC and setting up a Windows 8.1 family PC for tips.

If you must stick with XP

Upgrading not in the cards for you? Perhaps you have newer computers but want to use your Windows XP machine until it well and truly dies. In that case, you should be aggressive about keeping that computer protected so it doesn't cause you problems in the future.

The first step is to download all the remaining updates, patches, and security fixes using Windows Update. Next, install a robust anti-virus and/or anti-malware suite. This is necessary since even though Microsoft will no longer fix vulnerabilities in the operating system, that doesn't mean malicious entities will stop looking for them or exploiting the ones they find. It's also a good idea to be diligent about keeping all browsers, email programs, and other software that has access to the Internet up to date as well.

In the end, the safest thing to do is to upgrade, either to a newer OS or a newer computer altogether.

Are all these ‘doomsday’ articles on XP bordering on FUD? Have no fear Linux is here.

Why waste that old Hardware, its bad for Planet Earth.
Get the most worth out of your PC as long as it works well.

How to Break free from the cycle of Planned Obsolesce?!!??
Stay safe with Linux.
There is a very good chance Linux OS will run well with older hardware with lower specs
Switch to the free, safe, secure & awesome OS: www.ubuntu.com/download
Its the worlds most popular free OS. It has free upgrades & security updates. It has a free office suite, LibreOffice that comes standard along with other great apps/programs.
For those who like the Windows look, I would recommend: www.kubuntu.com & for older computer with lower specs www.xubuntu.com or http://lubuntu.net
Or try Linux Mint: http://linuxmint.com
Because the Linux option is free & now so easy (user friendly) one must give it a try. You have so much to gain.
Lots of people give their time, effort & money to make these great products that they just give the world for free. So they may not have the huge ad budgets & would need users like us to spread the word. Although its free, you are welcome to donate if you like the software.

For those worried about Office 2003 support ending try LibreOffice or OpenOffice.
Time to check out the free, safe, secure & feature-packed LibreOffice. Its truly multi-platform & takes just a few minutes & clicks to install.

Try it now you have so much to gain: www.libreoffice.org/download

Thunderbird is excellent as well.

I feel most people should find it great. All they need to do is try it out 1st in a LiveDVD or LiveUSB.