Windows XP to Become a Hacker's Dream in 2014, Experts Warn 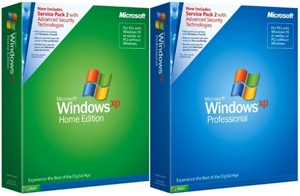 Is your older computer a ticking time bomb? A new article in PC Pro warns that computers running Windows XP are about to become exactly that, with the operating system’s 2014 support deadline likely to serve as a “starting pistol for hackers.”

The lack of support for Windows XP is a major concern for everyone, not just owners of older computers – NetMarketShare estimates 31.2% of PCs currently run Windows XP. Many of these are owned and operated by large businesses. A single unpatched security hole could put millions of their customers at risk for data loss and theft.

Given the fact that there are hundreds of millions of computers running XP, it’s possible that Microsoft will be strong-armed by public opinion into releasing urgent security updates even after the April 8 deadline. Still, there are no guarantees.

If your computer still runs XP, you’ll want to make sure you upgrade your operating system before April 8, 2014 to make sure you stay protected. Microsoft suggests that older computers may struggle to run the most recent Windows 8.1, so upgrading to Windows 7 may be your best option if you must keep your current computer. Microsoft has stopped selling Windows 7, but many retailers such as Amazon should continue to have upgrade copies available well into the new year.

Given the price of upgrading your operating system, though, you’re likely better looking into a new, more modern computer. Techlicious recommends you check out the Dell Inspiron 17, our pick for the best laptop under $500.

For more about Microsoft's decision to discontinue support for Windows XP, visit the Microsoft website.

XP is not at risk if you use a product like Cyvera. I am anticipating that this will allow us to continue our XP deployments in non PCI environments until we can do hardware updates, or do a Chrome Deployment on the aging hardware.  send me a note if you’d like to see what we are up to, be glad to share..!

This is one of the best System,,i dont know why microsoft dont keep giving support to xp.

If Microsoft really want those

If Microsoft really want those 30% of XP users to upgrade, then sell Windows 7 Pro at sensible prices.

Older version of Microsoft Office are not compatible with Windows 7/8. So that is another few hundred pounds in the pockets of Microsoft. (The Home Office edition does not contain Outlook).

What are you gonna do when they come for your OS.

All
Well I have never been a MS fan and I suppose I’m too old to understand why there is not more outrage about this. I think that MS should be offering free upgrades to Win7 and our leaders pushing for OS independence and here’s why:

I work for a VERY large California State University and we are be told that because if this discontinuation XP systems are to be disconnected from the internet connection. Hmmm… So this makes extra work for the IT folks and more money for MS…. and of course less money for the state and other funding agencies…. If there is no blow back to MS for this then I suspect that the next round of discontinuities will come at a faster pace. With this kind of incentive ... and lack of dissent, the control is clearly in MS corp. hands.
Win7 will relent soon enough… so what are we at now Win9? I hope the overlords are benevolent to your OS when they ask you to convert to a pay as you go OS. Naturally this is a strong argument for Open Source Linux, or the like, OS but our other corporate / and government leaders are not acting in our interest when they envision the power of a technology investment like an operating system. I’m starting to feel that platform/OS independence is as strong as an issue as net neutrality.
Windows independence for most of us this is generally not a viable option. If you agree that this is not a positive situation please make what noise you can. XP SP3 is only 6 years old.
Win7 became generally available for retail worldwide on October 22, 2009.
I’ll agree that business plans need to be adjusted on 5 year basis but for many this could mean a whole change in infrastructure if they have have computes or even a single critical component that won’t run with Win7.
This seems like a bridge too far for me.
I’d mostly like to hear from folks if they think I’m over or understating this ‘cause I’m seething   ... a little