How to Spot Lies, Hoaxes and Misinformation Online 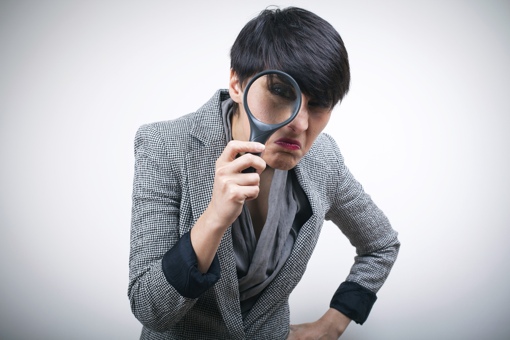 How good are you at telling fact from fiction on the Internet? Admittedly, it can be difficult at times – there’s a lot of misinformation floating out there. Some sites and blogs routinely present opinion as fact to score quick political points. Others use misleading headlines to trick you into clicking and sharing content. Yet others will flat out lie to you, suggesting that goji berries, green coffee beans or some other “weird trick” will magically burn off 50 pounds of belly fat without you needing to exercise.

False and misleading information is a big enough problem online that search giant Google is taking action against it. New Scientist reported this past weekend that the company’s research arm has created an algorithm capable of determining the trustworthiness of websites. It works by fact checking sites against reputable sources like the CIA World Fact Book to get an overall read on how accurate its content is. If the site’s factual accuracy is low, Google’s algorithm would then downrank the site in search results.

This truth-sniffing program is only in the preliminary research phase. But without a doubt, there’s a real need for this kind of online fact checking assistance. In January 2014, satire news website The Daily Currant posted a story titled Marijuana Overdoses Kill 37 in Colorado On First Day of Legalization. It wasn’t true, of course. Reputable news sources quickly identified it as a hoax. But the story still spread like wildfire on social networks, quickly racking up tens of thousands of Facebook Likes. It even tricked Annapolis Police Chief Michael Pristoop, who referenced the Currant story as fact in testimony before the Maryland state legislature. “I remember the first day it was decriminalized there were 37 deaths,” he told the Senate Judicial Proceedings Committee, sealing his fate as a nationwide laughingstock.

Facebook has responded to this incident and others by letting people report news stories as fake or deceitful. If enough people report a story, the content is flagged with a warning stating “Many people on Facebook have reported that this story contains false information.” It’s a helpful change. But for the most part, it’s still largely up to us readers of online content to figure out for ourselves what’s real and what’s not.

Fortunately, sniffing out the truth isn’t difficult once you know what telltale signs of dishonesty to look for. Here are some simple tips for detecting lies online:

[Woman with magnifying glass via Shutterstock]

How do you Reverse Google image search? You mentioned this in today’s article.

I use reverse image search

I use reverse image search all the time. It’s really useful!

1. On any website, right-click an image and select Copy image URL.
2. Visit images.google.com or click the camera icon camera icon in the search box on any Images results page.
3. Click Paste image URL.
4. Paste the URL you copied into the box.
5. Click Search by image.

Here’s a link to reverse image search on other devices: https://support.google.com/websearch/answer/1325808?hl=en

When it comes to facts, it is disingenuous to suggest tha ThinkProgress, Mother Jones and The Nation somehow represent equal and equivalent forces to The Drudge Report, Newsmax and The Blaze. The latter group are typically represented by screaming headlines hoping to play upon the fears of their readers. Additionally, the amount of advertising associated with these sites - particularly self-indulging and fear based such as ‘buy gold’ renders them far from reliable.

Are you kidding me?

Talking about organizations that “outlets (that)offer a massive dose of opinion with their news, (especially those) potentially burying or ignoring facts that don’t support their worldview”, read Sharyl Attkisson’s book “Stonewalled”. By her telling, and she emminently credible, the bulk of the main stream media falls under that category of those “burying or ignoring facts”. Her story is compelling and seems irrefutable. She is a well-repected journalist from CBS for goodness sake. Talking about the right-leaning media (many of whom are not news organizations but opinion reporters) can only be signs of your willingness to “bury or ignore the facts” because they don’t agree with your world view.

LOL @ suggesting the CIA or MSM as a reputable source.

You’re basically saying that we should all remain passive drones and continue to believe whatever mainstream news outlets tell us. And if in doubt, check the CIA’s fact book. I find this hilarious. Also a tad naive to assume everybody believes mainstream news. Social networks policing their own platforms amounts to information censorship. If the view of the platform differs from yours, prepare to be buried. MSM is nothing more than establishment propaganda and narrative manipulation.

We're telling you to be active readers

Quite the opposite. We are telling you not to be passive drones, and make an effort to ascertain whether the information you are getting in accurate and the sources you’re using are reliable. Specifically,

1) If a story sounds too funny or weird to be true, it probably is.
2) Be wary of stories from politically biased sources.
3) Recognize the difference between opinion and news.
4) Do your fact checking.

Not all MSM sources are created equal, of course. But if you’re coming at this from the angle that you’re simply not going to believe anything from MSM and, instead, rely only on information from fringe political/conspiracy sites whose sole objective is to manipulate stories with little regard for facts or accuracy, then you’re just feeding your own confirmation bias.