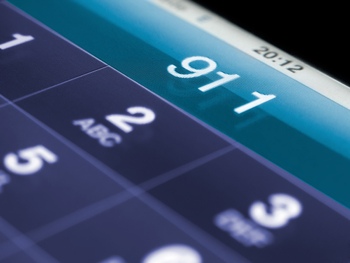 The Federal Communications Commission (FCC) voted to move forward with a demand that cell carriers start offering nationwide text-to-911 service by the end of the year.

“For the millions of Americans who live with hearing and speech challenges, SMS and over-the-top texting services are invaluable,” said FCC Commissioner Mignon Clyburn in a statement. “They also help in situations when a voice call to 9-1-1 might be dangerous (such as during a home invasion), or when voice calls are being blocked due to unusual network congestion.”

Currently, only a few select areas in the U.S. are served by text-to-911 service. Verizon, AT&T, Sprint and T-Mobile are all on track to make text-to-911 service available everywhere nationwide by May 15, 2014. This new FCC rule would ensure smaller carriers are also on board, eliminating gaps in coverage and making text-to-911 universal.

For now, the FCC is advising those in emergency situations to call or TTY to 911 rather than text if you can. For more on the coming service, check out the FCC’s text-to-911 informational website.

[911 on mobile phone via Shutterstock]