HTC One mini Embraces the Age of the Bargain Smartphone 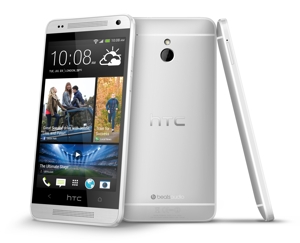 If you’re a fan of Saved by the Bell, you no doubt remember Zack Morris’s giant brick cell phone. His Motorola DynaTAC was a true status symbol – a 10-inch-high behemoth (not counting the ugly rubber antenna) that retailed for $3,995. It sure was big, but in the greed-is-good 1980s, a cellphone was meant to be arrogantly shown off while walking down Wall Street or cruising with your top down through Beverly Hills.

But after years of increasingly bigger phones, are we finally ready to embrace a “smaller is the new big” attitude? That’s precisely what HTC is betting with its new HTC One mini, a smaller, 4.3-inch version of its popular 4.7-inch HTC One smartphone.

Most of the HTC One mini’s stats represent a slight downgrade from the larger, more-powerful HTC One. The mini comes with a slower 1.4GHz Snapdragon 400 processor, half the RAM of the One (only 1GB) and a less-powerful 1,800 mAh battery. The phone also boasts a 4-megapixel camera and 16GB of non-expandable internal memory.

Essentially, the One mini is just a bargain version of the flagship HTC One with a little bit of added marketing spin. Given that the latter sells for $199 with a new two-year contract, you can reasonably expect the mini to clock in about $100 cheaper.

Are smaller phones the future? That seems likely, at least in the sense that device manufacturers are betting big on smaller, less-expensive devices. Samsung recently unveiled its Galaxy S4 Mini, a pared-down version of its wildly popular (and breakable) Samsung Galaxy S4 smartphone. And Apple is expected to release a multi-colored, lower-cost version of the iPhone 5S in the fall. Given that phone carriers seem to be pushing customers away from two-year contracts – and the giant phone subsidies that come with said contracts – it may be a smart bet indeed.

The HTC One mini will be available "in select markets" in August, followed by a global rollout in September. For more on the HTC One mini, visit the HTC website.