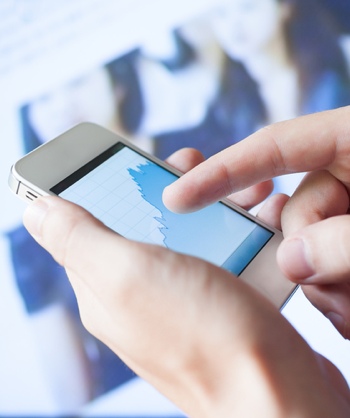 Apple iPhone 5S owners use more data on average than all other smartphone owners, a new study from mobile analytics firm Arieso shows.

The study took an in-depth look at the 2013 data demands of over one million subscribers using over 150 different devices in a 24-hour period. Researchers looked at developed European markets and developing markets, with a healthy mix of urban and suburban subscribers.

Apple iPhone 5S owners were found to use the most data of all smartphone owners, gobbling up 5.84 times the data historically used by the average iPhone 3G owner. HTC Sensation owners chalked up the next highest amount of smartphone data usage at 5.41 times the data, while the Sony Xperia SP rounded out the top three at 5.11 times. Apple iPhone 5, 5C and 4S users gobble 4.73, 4.62 and 4.15 times the data of an iPhone 3G owner, respectively. Seeing the Apple iPhone on top should come as no surprise: The iPhone 3G was mass marketed as an all-you-can-eat data machine.

Our collective appetite for data and mobile bandwidth appears to be increasing. And for some of us, mobile data has become an outright addiction: “The most extreme 0.1% of all users consume nearly half of all downlink LTE data,” the report explains.

If you’re interested to see how your favorite smartphone stacks up against the competition, head over to TechCrunch to see the data in more detail. As for the 0.1% of you using all that data, well ... you had better hope you have a really good unlimited data plan.