How to Stop Spam Text Messages

Spam texts in the form of donation requests, sales notifications, marketing notices, and scams, among others, have been on the rise. Last year, Americans received more than 87.8 billion spam text messages, a 52 percent increase over 2020, according to a report by spam call and text app RoboKiller.

Scam texts can be especially problematic. For instance, earlier this week, I received a text message from a scammer posing as Citi-Debit urging me to click on a link for a “Mandatory (20) Assessment.” Clicking on the link took you to a phishing page set up to steal your banking credentials. It was pretty easy to spot since I don’t have a Citibank debit card and I know what to look for, but others may not have been as fortunate. 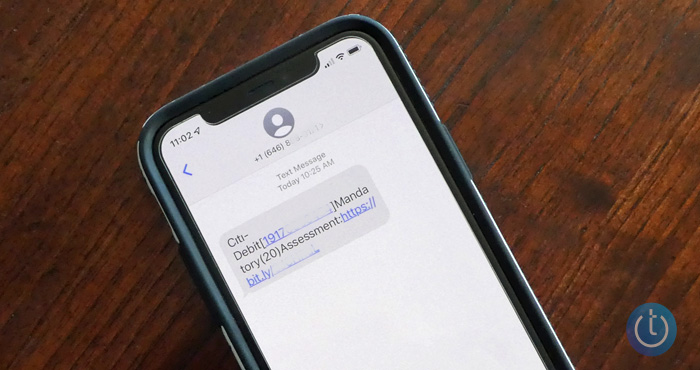 Occasionally, scammers will get lucky and tap into something that's happening in your life that makes the message seem real. For instance, my mother-in-law was renewing her driver license and got a text message asking her to confirm her information. But that text was another phishing scam, and she ended up submitting everything from her driver's license info and her social security number. If she hadn’t been in the process of renewing her license, she wouldn’t have been taken in by the scam. Instead, she had to take proactively take numerous steps to prevent her identity from being stolen. So always be skeptical

While it’s nearly impossible to stop spam text messages entirely, there are preventative measures you can take to reduce the number of unwanted texts you receive. Here are five things I recommend you do.

All that responding to a spam text does is confirm that your number is valid. Once spammers have your validated number, they can resell it and you’ll end up receiving more text messages.

2. Don’t open links in texts unless you're 100% certain of the sender

When you click on a link, you run the risk of both installing malware on your phone or being taken to a phishing site which will try to harvest your logins or personal information. If you're not 100% sure of the sender, don't click. There's almost always another way of addressing the subject of a legitimate text than clicking through.

If you are running iOS 16 on your iPhone, you can report a spam text message by tapping "Report Junk" under the message you've received. By tapping "Delete and Report Junk," you will be reporting the sender to Apple and your cellular carrier.

Android phone owners who are using the Google Messages app, can also report spam text messages to Google. Press and hold the conversation you want to report, select Block (the circle with the slash in the top right) > Report spam > Ok.

You can also report scam texts to the FTC. If they get enough reports, they may investigate and pursue the biggest offenders.

For third-party text blocking apps, I haven't seen studies that show that they are better than Google's free spam protection, though you can block texts that have specific key words with RoboKiller ($4.99 per month or $39.99 per year). Likewise, the iPhone apps will place suspected spam texts into the "Unknown Senders" tab and you can block text with key words using TextKiller ($4.99 per month and $39.99 per year). If you want to try a free third-party app, which doesn't have keyword blocking, I recommend TrueCaller, which we also recommend for call blocking.

You risk your number being stolen or sold whenever you share it to sign up for text notifications or enroll in a store loyalty program, giveaway, app, or service. If you need to give out a number, use a virtual phone line or burner number to keep your phone number private.

On iPhone, when you open a text, there’s a > to the right of the number from which the text was sent.  I tap that > and reach a screen that shows the phone number and options to call, video, email, and INFO. Tapping INFO then takes me to a screen where I can block that caller’s number.  Goodbye future texts from same number.

Spammers rarely use the same number more than once, so blocking individual numbers won’t do much to block future spam calls.

I did say the same number, and I’m aware they just keep cloning them - but, hey, why make it easy on them; let them work a bit for their chicanery.

Is spam protection for texts something in only the “newer” Android phones?  I have a Samsung 8+ and I can’t find those terms anywhere in my settings.

I have a Samsung S21

I have a Samsung S21 Ultra and I don’t find it either.