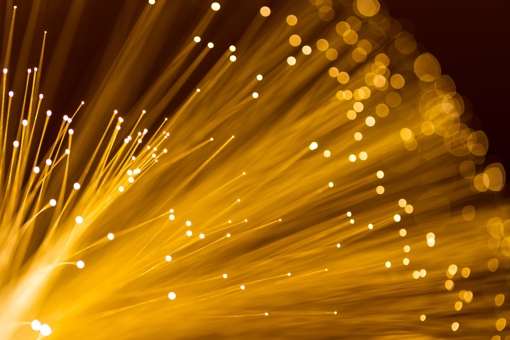 Are you frustrated by the low speed and high cost of your cable Internet connection? It’s a common problem. We Americans pay some of the highest prices for broadband Internet service in the world, and yet, our speed lags behind a number of other countries including Latvia, Romania and Denmark. So what’s the holdup? Who – or what – is responsible for the slow state of U.S. Internet?

One thing’s for sure: The problem isn’t technological. The nation’s largest cable conglomerate, Comcast, first demonstrated its ability to deliver gigabit speed over hybrid fiber-coaxial cable all the way back in 2011. And yet today, four years and millions of dollars in taxpayer-paid subsidies later, Comcast is proudly touting its ability to offer half-gigabit service for a beyond insane monthly fee of $399.95 (with 3-year contract required).

Comcast points the finger of blame at us, the customer, suggesting we simply don’t want faster Internet. “The issue with such speed is really more about demand than supply,” Comcast Executive Vice President David L. Cohen wrote in an editorial published in the Philadelphia Inquirer. “As consumer demand grows for faster speeds, a competitive marketplace of wired and wireless broadband providers will be ready to serve it.”

Of course, it’s silly to suggest that us broadband customers don’t want faster speeds. The want and need is there. The average U.S. connection speed is now just 11.5 Mbps, well under the 25Mbps needed to provide content to the emerging 4K TV market. Many Americans don’t even have speeds capable of delivering standard HD video content over Netflix or Hulu, simply because they can’t afford it. Comcast’s prices for high speed Internet starts at $40 per month for just 3 Mbps. Some don’t even have the local infrastructure required for next-generation speeds, held hostage by a local cable monopoly that doesn't want to cut into its profits to invest in it.

No, Mr. Cohen, the problem with U.S. Internet speeds isn’t demand – it really is your company’s heavy-handed attempts to control supply. Your company is still trying to acquire #2 cable provider Time Warner in an attempt to further monopolize the market. Your company is spending millions each and every year on lobbyists to block municipal broadband efforts and make it impossible for communities to create their own alternative. And the only place you seem to be interested in offering high-speed service are in towns like Kansas City, where disruptive competitor Google Fiber is offering 1Gbps service for just $70 a month. Bringing fiber to Kansas City has sparked a huge tech startup scene there, providing a huge boost to the local economy. People have actually moved to the Midwest just for its Internet speeds. The demand is clearly there.

For those of us still wanting, there’s good news: Change indeed seems to be on the horizon. The Comcast-Time Warner merger, once a sure thing, is now in danger of being rejected by regulators. The FCC seems to actually be listening to the public on the topics of net neutrality and Title II, rejecting paid Internet “fast lanes” and Comcast’s (sadly successful) attempt to hold Netflix customers’ service hostage. And gigabit fiber competition is increasing, albeit slowly. We, the public, are winning the battle – we just need to keep fighting.

Want to make your voice heard in supporting faster, more affordable Internet? Take a moment to write to FCC chairman Tom Wheeler (tom.wheeler@fcc.gov), and thank him for supporting both real Net Neutrality (with no "fast lanes") and the reclassification of high-speed Internet as a Title II utility. Then write your representatives in Congress, urging them to do the same. Drop a note to the president, too, if you can. A better Internet is definitely worth the effort.

While I wish this article held some truth about the FCC starting to listen to consumers and groups who have good arguments against the TWC/Comcast merger, I’ve got word from some insiders that the deal is pretty much done and that it would take a crazy act of mother nature/god/goddess/civil war/etc. for the deal to not go through.

I have cable broadband at 150Mb. It is great for downloading upgrades from Microsoft etc (Those with good servers). A lot of the time you might just as well have 2Mb because the server you are trying to download from is lousy. It is very frustrating to see your streaming video or download constantly run into the buffer

Dear Mr. Van Allen:
Please learn the difference between “us” and “we” and the proper uses of each.

Three sentences in and he already lost credibility by using “us” instead of “we”. It’s a very easy check too. Just remove “Americans” from “Us Americans pay some of…” and see if it makes sense - “Us pay some of…” vs “We pay some of…”.

Not just the cable companies

I’ve been researching this a lot lately, and I disagree that this is all about cable companies or other large ISPs like AT&T. They certainly deserve their fair share of blame; but that’s only the surface issue. I’ve been researching fiber network maps in San Francisco, where I live, and I’ve discovered that, in addition to 140 miles of publicly-owned fiber that the city refuses to lease for public use, there are at least 7 private fiber networks in the city, one of which is currently being extended, owned by a company called Zayo. Thing is, these companies only offer business-to-business service for an arm and a leg. You can’t even order service unless you express a ‘business need’ for Gigabit service. Some of these networks were capable of 10-100 Gbps bandwidth over 10 years ago. In fact one company, Metromedia, which subsequently went out of business, attempted to create a national gigabit network all the way back in 2002. Businesses that can afford it have access to these networks; but residences in the same neighborhoods do not. In fact, most people are unaware that these networks even exist. A company like Google could just buy some of these networks up and be done with it, but they choose not to. Why? I suspect there is a tacit agreement between providers not to “cross the streams” of residential and business services so they can maximize profits. A lot of the public debate centers around building out new infrastructure. But the infrastructure already exists in most cities; it’s just being horded by businesses - data centers, colocation facilities, and their clients - and local governments.

I am so frustrated with this. It’s true, I am so sick of crappy expensive internet. Always disconnecting and buffering and trying to play games or just watch Netflix. What’s even more stupid is, when you go to buy Said Internet it always (UP TO blankmps) its never you will get that. One of my friends pays for 150Mps but never ever gets over 65-70Mps and if you downgraded to cheaper its even worse. I have tried to look for Gigabit Internet but its Never where I live its only in a very very VERY few select places and I can’t just move to those places just to get it. Its unfair and companies need to get off their asses and step up. I really want to start up my own company and start providing Gigabit Internet at a fair price to everywhere I just don’t have the funds to do so. Now adays Fast Internet is needed and Isp’s arent just screwing themselves they are also screwing other companies like Vudu and Hulu and netflix and youtube. People get irritated with buffering and not getting HD streaming.

Very true. Slow internet connection always makes me pissed off at my home and office. Sometimes we will get high speed but in peak time, the speed goes to 2-3 Mb per second. I have heard that countries like Canada has high speed internet service providers. One of my friend in Canada told me that they have private companies that offer residential and business connection at affordable cost.