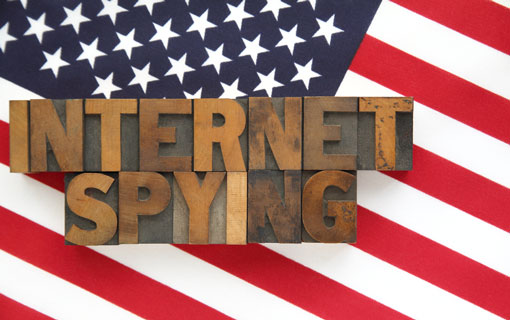 The Electronic Frontier Foundation (EFF) released its fourth annual “Who Has Your Back?” report on data privacy today, revealing that private companies have made major strides in protecting consumers’ data from wide-reaching government requests for data.

The Who Has Your Back report awards companies stars for doing each of the following: requiring a warrant for content, telling users about government data requests, publishing transparency reports, publishing law enforcement guidelines, fighting for users’ privacy in court and fighting for privacy rights in congress. Apple, Google, Microsoft, Dropbox, Yahoo, Twitter and Facebook all received a perfect score of 6 stars, a major improvement over last year's EFF report.

“This has been a watershed year for companies taking a stand for user privacy, with more companies than ever publishing transparency reports and law enforcement guides, and publicly opposing mass surveillance,” the EFF explains in its report. “But there is still room for growth.”

The companies’ new pro-privacy direction is likely a direct result of last year’s disclosures by former NSA contractor Ed Snowden. In a series of document leaks, Snowden detailed how aggressively the U.S. government collected data on private citizens and how readily this information is shared between government agencies.

There are still major players, though, need to provide better consumer protections. Amazon, AT&T, Verizon, Snapchat and Comcast still don't tell consumers about government data requests and AT&T, Snapchat and Comcast don't require a warrant for content. On the EFF's chart, Snapchat, Amazon and AT&T only get one or two stars.

You can view the full results of the Electronic Frontier Foundation Who Has Your Back? data privacy study and see how your favorite tech companies stack up by visiting the EFF website.

(NOTE: We had an incorrect link in our May 22nd newsletter. If you are looking for the story on which companies have the worst password policies, you can find it HERE.)

My concern also is with what Google, Apple, Facebook, et al, are doing with our information.  These aren’t warm, friendly, mom and pop businesses here to just help you stay connected.  They’re holding onto and analyzing our every click, every transmission, every photo, etc, for purposes of cashing in on that data gold mine.  I’d like to see the EFF award a company for letting end-users maintain their privacy from advertisers willing to pay top dollar for our analytics.

Please clarify: are you saying that these companies bad password policies are
1) indicative of the larger problems that allowed large scale data breaches? or
(2) have an individual account with a easily guessed passwords lays more than just the individual account open to security breaches?

If you are not saying either of these, then what do the recent fiascos with respect to security have to do with people having weak passwords?

We had the wrong link on the button in today’s newsletter. The newsletter should have taken you to this story on which websites have the worst password policies: https://www.techlicious.com/blog/dashlane-q2-security-report-password-policies/