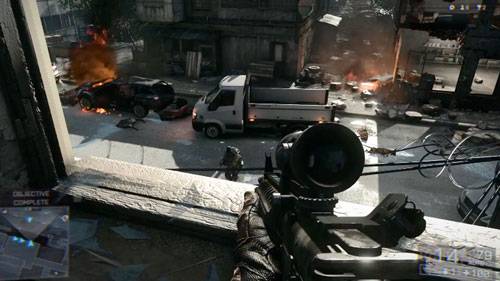 Multiplayer military shooters may be an overexposed game genre, but this new console generation is coming out of the gate with a few biggies: Battlefield 4 and Call of Duty: Ghosts. BF4 is the more hardcore of the pair, and until now, playing it on a souped-up gaming PC was the only way to squeeze the most out of it. But the PS4 version of Battlefield looks nearly as good as on serious gaming rig you’d pay a hefty amount of cash for, allowing for massive 64-player online shootouts.

BF4 lets you participate in land, sea, air and ground combat via a ridiculous assortment of vehicles. There’s a single-player campaign, but multiplayer is where the real fun lies, especially as the destructable environments keep the gameplay varied and chaotic. Note this is an M-rated game and not for children.