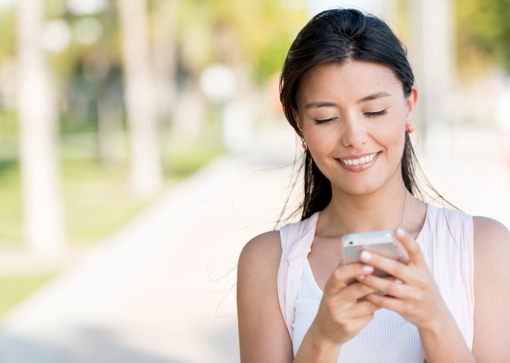 Digital analytics firm comScore has just released a list of the top 25 mobile apps in the United States based on the number of unique users of each over a one-month period this June. Did your favorites make the list?

According to the report, the top app in the United States is Facebook by far – 115.4 million people over the age of 18 used the social networking app in June. YouTube comes in second with 83.4 million unique users, followed by Google Play, Google Search and streaming music app Pandora. The full top 25 list is as follows:

Find out How to Discover What's Hot on YouTube, 6 Great YouTube Channels for the Latest News, 8 World-Class College Courses Free on YouTube, and more about YouTube's new music subscription service.

This is the Android app store that comes preinstalled on every Android phone.

Get the most out of search with our 11 Google Search Tips Everyone Should Know and How to Use Your Smartphone Camera to Search.

While Pandora is the most popular music stream app, there are many others with different features you should consider.

The indisputable king of online mapping apps, Google Maps is constantly being updated. Just in this year it added functionality that allows you to save maps for offline use, hail an Uber ride and measure aerial distances..

If you check your smartphone all the time for important emails, check out How To Never Miss an Important Email as well as 5 Tips for Getting More out of Gmail.

This image sharing app has the bells and whistles that keeps social photographers clicking away. Now you can even post video.

This comes standard on iPhones now, but is still far inferior to Google Maps.

Again, standard on many phones.

This one is now required to use Facebook chat, but on the upside you can make free voice calls with it.

Standard app for many Android phones. Consider these top-rated competitors.

Whether you are a beginner or an advanced user, you can't be a part of today's social media scene without Twitter.

Google's attempt at a social media service hasn't done very well, but it still comes standard on many phones.

Great for streaming a full season of "Orange is the New Black", but be careful only to watch when connected to Wi-Fi otherwise you'll eat through your data plan in no time.

This photo sharing app that destroys the image shortly after sending has become an enormous hit among teens.

Many people don't know the best feature of this app: you can order a product simply by taking a snapshot of it with your phone.

This moodboarding service is a great way to find inspiration, recipes and more.

While eBay is a great way to unload your used goods, remember to change your password.

The popular video chat service is always improving. Group video calls are now free and real-time speech translation is coming by the end of the year. It's also a great way to get free messaging.

A popular music recognition service. Check out #5 for listening and discovery options.

Standard for many phones. #7 has more resources for you.

A popular messaging app that younger users have flocked to.

Obviously, because the above list is constructed based on user numbers, there are a ton of great apps worth downloading that aren’t in the top 25. You can take a look at our picks for the best mobile apps by checking out our top 10 free Android apps and top 10 free iPhone apps.

Facebook Messenger is more like a trojan horse than an app.  I’ve removed it from all my devices.  It completely takes over a device, draining a battery and, in some cases, completely locking it up.  Look carefully at the permissions before allowing it as well, because essentially you’re giving Facebook permission to oversee your whole life.

Yes, refusing to use it is going to cause me problems, but I’m not willing to allow Facebook this ridiculous control.

I agree. FB Messenger is

I agree. FB Messenger is like Big Brother. It was convenient, but at a price I am unwilling to pay. I’ve removed it.

Google+ not doing very well???  The only people I ever see saying that are people that WISH it were true or are emotionally tied to facebook and don’t like change.  And it’s a lot more than _just_ the social stream.

G+ should be a 'must have' for everyone

left ‘facebook’ ‘dailymotion’ and ‘wat.tv’ for G+ and I just love it! Clean look, easy uploads, no interference from a nosy ‘facebook’ account specialist and none of those intruding eMails - but hey, techlicious wants me to log in with ‘facebook’ what does that tell you??!!

We don’t “want” you to log in with facebook, it’s just an option! Though it does pull in your profile picture so you look like you in our comments.

ahhhm, you say it pulls in my profile picture? I don’t have a nice green sphere on my profile??!!

Google Maps may have some fancy gizmos. However, it’s screwed me over multiple times, in multiple areas (Northern Virginia, Washington, DC and southeastern Pennsylvania). In situations where various people were paying me to arrive at a certain place by a certain time.

MapQuest isn’t immune from mess-ups—in fact, just a few days ago I sent them a heads-up on another glitch. But it’s never left me high and dry.

And that’s why MapQuest is my go-to map app.

Perhaps if one were at a store and wanting to price shop, this would be a nice feature, but does it not seem odd to anyone else?

I am moving toward G+, the trouble I’m having is understanding who will see a post and how I can start groups/add people to them.

I agree with the comments here.
Facebook Messenger used up my battery so fast that I uninstalled it after a few days. People can text me or call if they need to talk to me!
Google+ is becoming my go-to social app. I just need a few more family members on it and I will be telling Facebook “Goodbye!”

The apps mentioned in this article are basic and most of them can be found in almost all the smartphones. To add to these apps, there are keyboard apps like Swift Key,Fleksy,Swype which make typing easy, interactive and convenient. These apps make typing a real fun on your smrtphone.

This post is incredible. I also recently using a more apps on my kids phone to control on web browsing, app, and monitoring on their device. Hopefully you guys also love the the app.

I’m really happy to say it was an interesting post to read. I learned new information from your article, you are doing a great job. Continue