10 Tech Issues to Consider If You're Going Through a Divorce

by Natasha Stokes on February 18, 2015
in , Computers and Software, Phones and Mobile, Family and Parenting, Tips & How-Tos :: 4 comments 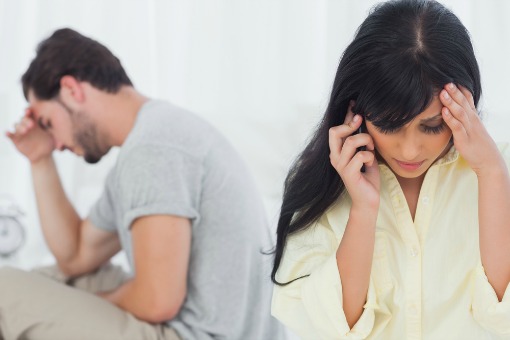 If the end of a marriage is looming, it can seem insane to be thinking about things like how to deal with that shared Flickr account, who the iPhone 6 contract really belongs to, and even what to tell your Facebook friends.

But treating these shared intangibles with less consideration than the traditional stuff can impact your divorce, whether it's a Facebook venting session ultimately affecting a judge's child custody decision or an unwiped computer allowing a vengeful ex to stalk you.

From splitting shared photo accounts to what to say (and not to say) on social media, we've rounded up 10 tech tips for couples going through a divorce.

Photo sites and cloud storage services such as Flickr and iCloud are the family albums and file cabinets of our time. If the shared account with all those family pictures or financial documents isn't in your name, you may want to download your content in case an angry ex-spouse decides to withhold the password.

Family law attorney Jacqueline Newman shares a story about a couple who had a joint iCloud account on a family iPad, with the ex-wife refusing to give her ex-husband the password. Apple couldn't help, as the account is in the ex-wife's name. “He can't buy apps and he can't get his content out of there,” Newman says.

Apple has admitted this is a hole in the process, similar to someone trying to access the Apple account of someone who has died. If the account isn't in your name, you can't get the password.

Judges don't particularly want to get into the specifics of who should get the iCloud, Dropbox or Flickr accounts, says Newman, so it's safest to secure your content before the situation becomes acrimonious -- or be sure that you can come to an amicable agreement over the divvying of shared digital content.

Being tied together in that great-value family smartphone plan or a joint landline account means that an ex might be able to make changes to your contract without needing your consent -- or even make you responsible for their charges. “Somebody could also see your call logs, which might not be info you want to share,” Newman says. “I recommend paying the cancellation fee and getting out of any joint plan.”

If you have a shared email account, send a short message letting your contacts know to contact each of you at your personal email addresses, forward any crucial messages and attachments to yourself, then shut down the account.

“Assume that anything you post online will be handed to the judge on your divorce case,” says Newman. Whether it's an aggressive comment that can damage your case for more time with the kids, or a post of yourself on a lavish ski vacation when you're claiming an inability to fulfill financial obligations, blowing off steam on Facebook can have real-world repercussions.

It's best to avoid emotional rants as well, as you run the risk of putting mutual friends in an awkward position (not to mention oversharing with everyone else). “People have really damaged their divorce cases based on the instant gratification of venting on social media,” says Newman, who cites the example of a client who posted on LinkedIn, Facebook, and other social media that her philandering husband was a cheater, a liar, and untrustworthy. He was subsequently fired from his finance job, and as he was the primary source of income for the family, the woman received a markedly less substantial divorce settlement.

“Let's say a couple is in a custody fight, and the mother believes she should have primary custodial time,” Newman says. If she then posts something positive about her partner, a judge may use that to decide that the partner deserves more time with the children, even if the mother had good reason to request primary care.

“If you have something nice to say, call up [your ex-partner] to say it, but don't put it on social media,” says Newman.

6. Create new passwords for all your accounts

If you give your spouse one of your passwords during the marriage, even for some innocuous reason like looking up a reservation in your email account, don't expect a judge to be shocked if it turns out that your soon-to-be ex has been rifling through your private messages. “Matrimonial judges don't get too caught up in privacy issues because it happens so often,” Newman says. “Also, a lot of family computers are set up in a common room, and assuming the partner knows the password, would you really have an expectation of privacy?”

To avoid having to deal with snooping exes, create new, strong passwords, ideally avoiding references to mutually-known keystones like a child's birthday.

Once you've split, you don't want to know where your partner is at every moment, and you certainly don't want them being able to follow your every move. So disable your whereabouts on location-sharing apps where you can follow and be followed by friends, such as Find My Friends (iOS) or Google+ (Android/iOS). Remove these apps or take your ex partner off your list of allowed friends.

Finally, make sure your partner can't access your Find My iPhone (via iCloud), Android Device Manager, My Windows Phone, or BlackBerry Protect accounts, where they could otherwise track your phone (and your whereabouts) using features intended for locating lost or stolen phones.

Do one last check by going through every app on your list, ensuring that none are sharing your location with unwelcome users. If you're worried about being stalked, you may also want to turn off location-sharing on Facebook and on Twitter, and cut down on the Foursquare check-ins.

8. Do a security deep clean for surveillance apps

Cleared your phone of location sharing apps, but still suspect that a partner might be spying on your phone? Look for signs such as unusually short battery life or an oddly high data bill, as these could indicate your phone is actively checking in with an external server.

Surveillance apps are plentiful on all platforms, with most -- like Spyera or MobiStealth -- hyping up the fact that they're undetectable once installed. “If a tracking app isn't visible and isn't obvious about what it's doing, we call that malicious,” says Chester Wisniewski, a senior security advisor at Sophos.

Wisniewski recommends that Android users download one of the many free security apps on Google Play to ferret out malware such as under-the-radar surveillance apps. We like Sophos (free) or Lookout (free). Unfortunately, even if apps are known spyware -- such as Phone Control (Android) or SMS Tracker (Android) -- some security apps might not pick them up anyway.

Non-jailbroken iPhones are unlikely to have had such apps downloaded, due to Apple's tight screening of App Store apps. (It's also why there are no anti-malware apps on the App Store). But if your iPhone is jailbroken, “all bets are off,” Wisniewski says. “Somebody could easily load a surveillance app that is impossible to detect.”

As for Windows and BlackBerry phones, we've been unable to find anti-malware apps for these platforms, though there are definitely spying apps.

If a security app gives the all-clear -- or if you're using Windows Phone or BlackBerry -- but you're convinced you're being spied on, your best option is nuclear: do a factory reset. This will clear all photos, account info, and other content, so back your phone up first.

9. Change the passcode on your phone

That's the easiest way to prevent a vengeful partner from downloading apps that can track your movements, says Wisniewski. If you have an Android phone, make sure you have USB Debugging Mode turned off; otherwise someone can bypass the lock screen to install apps.

10. Erase traces of yourself from a shared computer

If you're not keeping the computer, clear all your passwords, the auto-fill history, and the web browser history to alleviate the temptation for an ex-spouse to log in to your email or social network accounts.

Chrome: Go to History > Show Full History, then check the boxes to clear form data as well as cookies, cache, download, and browsing history. Don't check the box to clear “Passwords” unless you want to leave your partner high and dry; instead, go into Settings (Preferences on Mac), scroll to Passwords and Forms, and select Manage passwords to delete logins for your accounts only.

Firefox: Go to Options (Preferences on Mac) > Security > Saved Passwords and select your logins. Then go to History > Clear Recent History, select Everything, then check every box for browsing and download history.

Safari: Go to Preferences > Passwords and select your accounts, and Safari > Reset Safari to clear your browsing and download history.

Reuse of article on divorce and tech issues

Is it possible to place this article on our website listed above?  We have articles/blogs pertaining to divorce to assist people going through it and things to be aware of.  This article would be of benefit if you grant us permission.  We can also place a link back to you if you wish.

Better down load everything to a flash drive then remove the hard drive after it has been professionally wiped clean.  Total wipe.  Then have the flash drive looked over for security problems,cleaning history does not eliminate the data it can be reconstructed.  There are also hard ware key loggers etc to look out for.

Wish I had it 2 years ago when I left my husband. I never revealed his “big secret” on social media, but I was bitter enough, a friend private messaged me and warned me about it being used against me when the divorce does go to court… And our phones were in his name, so he turned mine off… which was a blessing - now I have a new, better phone, and he doesn’t even have the number! And I was at least aware enough to copy all digital photos and files before walking out - and took the family server with me - he didn’t care! Divorce is a horrible, horrible thing anyway - and all of this electronic stuff makes it even more so! Can’t wait for it to be over this year!

I got a question say that your wife sleeps with not one of your friends but all of them and many more. And is being very hurtful and immature by creeping my phone and riding by while I’m working and having people break into my house to steal legal papers. She also had them looking for Data that I have saved In a place that could never be found with a friend that even she can’t screw to have him stoop to their levels. I have this to him because she’s had me arrested before and I wanted this Data leaked on every social media platform there is. And my cousin wouldn’t do it. And I’m glad he didn’t because the last thing I want to do is upset my wife i know that would really hurt her and I do love her very much. Nomatter what she’s done to me everyone makes mistakes. I guess what I’m asking is how can I get her to stop messing with me and let me move on with my life like I am letting her